During the week of September 23rd, PCS had our first spirit week of the year. The overarching tropical theme contained an ocean day, socks and sandals day, (a disagreeable fashion statement to some people), a shades day, a class color day, and a Hawaiian shirt day, on the days of the week ordered respectively. Along with the encouraged dress code, spirit week was accompanied with a multitude of activities. For example, Shades Day let one channel their inner detective and try their luck and skill at an official PCS scavenger hunt. The week also saw the culture dinner and homecoming dance take place; one highlight of said dance was Mr. Lai’s helicopter themed performance to Bill Withers’ hit song “Ain’t No Sunshine.” Unrelated to Spirit Week was a walkout for the Global Climate Week that also took place during the same time as Spirit Week: were other young activists surprised to see a band of tropical activists demanding climate legislation?

The school spirit was catalogued according to grade participation, and different grades were surveyed during one period of the day, summing up the total amount of participation per grade at the end. The winner of this ongoing competition was the 8th grade, narrowly beating out the senior class by two points. One notable flaw in the method of accounting was the lack of attention paid to the relative numbers of people per grade: considering seniors account for less percentage of PCS’s students than 8th graders. Thus, even if a higher percentage of seniors had participated in spirit week activities, the 8th grade class could still have a higher participation overall. This problem is intended to be addressed in future spirit week events.

Despite this hiccup in proceedings, the spirit weeks are and will remain a way for people to break up the routine of the year in a nice, authority approved, non-disruptive way, and there will be numerous spirit weeks to come during the rest of the school year. Stay tuned! 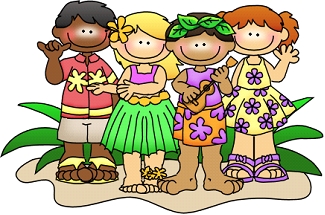