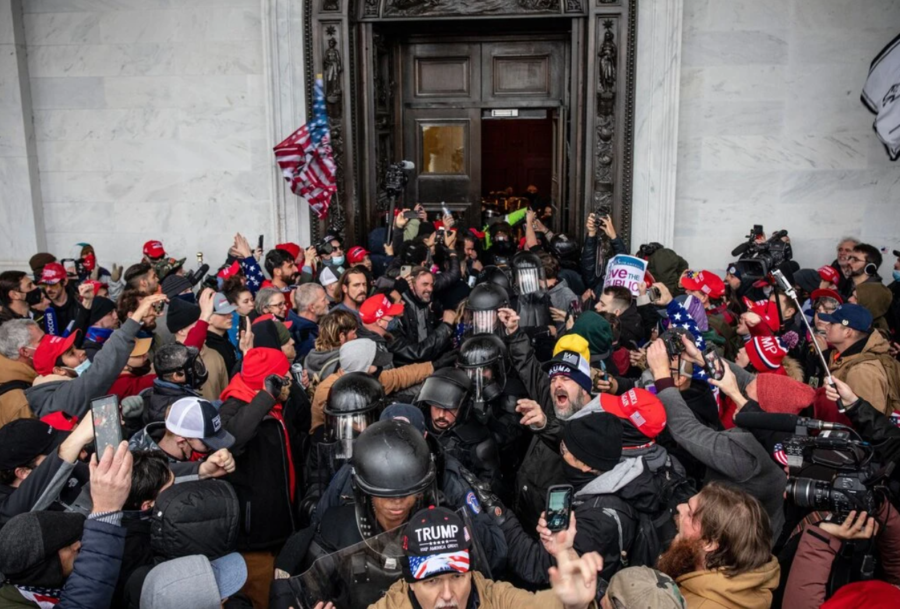 Photo by Ashley Gilbertson for The New York Times.

In the history of our country, a total of three presidents have been impeached, those being President Andrew Johnson in 1868, Bill Clinton in 1998, and Donald Trump in both 2019 and 2021.

Historically, Andrew Johnson was impeached by the House in 1868 for going against a law that took his ability to freely remove people from the office. Which then allowed him to add one of his supporters to the house. Johnson was also constantly saying no to many bills, which got him in quite a bit of trouble with the Senate. He was impeached and just barely held onto his presidency by one vote.

In 1998 President Bill Clinton’s affair with a former house intern became public. After denying that “accusation,” Clinton was tried and impeached, though he was not removed from federal office.

And most recently, President Donald Trump. Donald Trump was the first-ever president to be impeached twice and honestly, for good reason. In 2019 Speaker of the House, Nancy Pelosi, declared that the house would be launching an impeachment inquiry against Donald Trump, on the charge of abuse of power and obstruction of Congress. This occurred after Trump, having used leverage to bribe Ukraine to help him win the election, refused to show congress documents and told officials not to testify. And now in 2021 on January 6th, a crazy riot broke out at the capitol. This horrific event lasted multiple days and ended with a total of 5 people dead and over 140 people injured. After this event, the House made another move to impeach the now former-president, this time the charges being the incitement of insurrection after it was revealed that Trump was egging on the rioters.

More evidence was brought forth when it was revealed that Trump was not aiding his vice president who was in the building at the time. Trump was encouraging the mob who were breaking into the Capitol building, with the intent to harm people who were residing in the building. I, being very much a democrat, do not understand the idea as to why these people do this, but at the same time, I do understand some of their reasoning. Many rioters stated that they believed that they were following the orders of their president. Although the result was a horrible event that led to multiple injuries and deaths, rioters believed that what they were doing was within their constitutional rights because it was being supported by Donald Trump. This is honestly not a bad way to live if you believe in your President, but don’t do what Donald Trump says because then there might be some complications. The second impeachment of Donald Trump ended with the acquittal of the case, which honestly, without a majority in both sections of congress is pretty much unavoidable.

There is one similarity between these presidents: All of them have come directly after or soon after great presidents; Andrew Johnson came directly after Abraham Lincoln one of the greatest presidents, Bill Clinton came shortly after President Ronald Reagan who was an amazing president, and Donald Trump came right after one of, if not, the best president we’ve had Barack Obama. Soon there will be more presidents and this trial will be in the past. Maybe even there will be another president doing horrible things but for now, it is good to see how these cases line up and how each of the priorly named presidents.