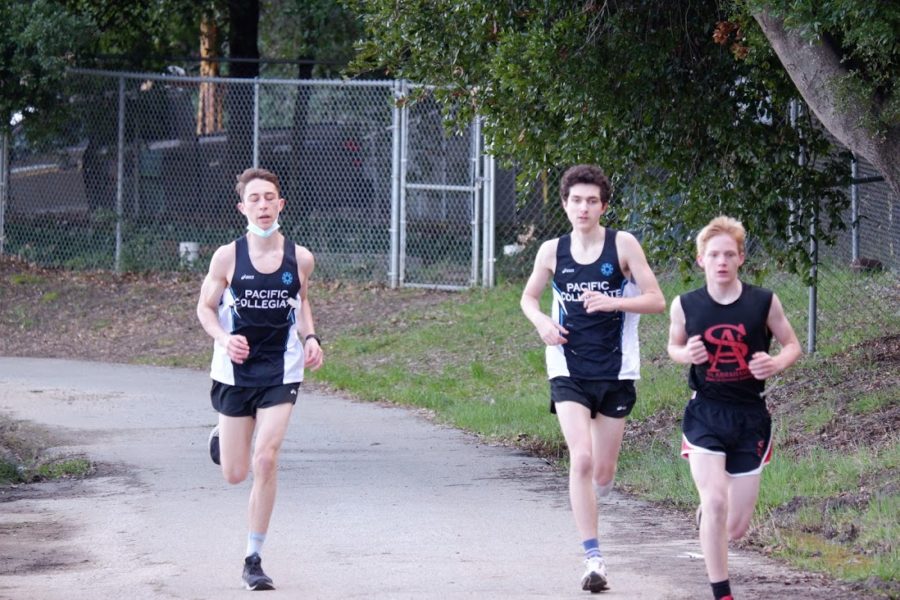 In recent months, the Covid-19 tier for Santa Cruz County has moved from the purple tier (widespread viral distribution) to the orange tier (moderate virus spread). PCS has begun slowly reopening, including the transition to a hybrid model which was implemented on April 19. However prior to the change to in-person school, track and field meets and runs started. How have things changed since last year?

First of all, according to Hunter Coomes, recently joined track participant and 8th grader at PCS, track practice participants are masked for “99% of the time,” excluding “breaks for water.” Moreover, other social distancing protocols are also implemented, including a minimum 6-foot distance between runners. Landen Isaacson, a sophomore returning to track and field this year, notes that “overall, it’s not been especially different.”

Landen says that during meets, although you are masked “when you’re walking around” and “when your event gets called,” “we don’t have to wear masks once we’re running.” For him, track serves not only as a source of physical activity, but as a mental stimulus, where “you’re really competing against yourself”.

“My favorite thing about track is getting a better time or achieving a new PR (personal record). It’s really satisfying when you work hard at practices, put in the work, and can run a faster time for the event. For me personally, it’s seeing myself get faster and stronger,” he says.

Sivannah Sommerville, a 7th grader at PCS, has also been involved in track and cross country this year, and describes her favorite experience participating: “We did one of these runs, I think it was last week, which was 4 miles there and 4 miles back to the Garden of Eden, a large watering hole.”

Charles Koontz, the PCS head coach this year, Sivanna says, has done a “great job this year of organizing meets”. Overall, although Covid-19 precautions are being implemented, the fun and exercise that cross country and track brings to the students clearly hasn’t ceased in the slightest.